Cottage Grove is located in Dane County, Wisconsin, with an estimated population of 8,854. The Village is home to beautiful parks, top schools, and a strong economy.

Cottage Grove’s recently upgraded I-94/CTH N interchange serves as the gateway between the Madison metro area and the I-94 Madison/Milwaukee corridor. The Cottage Grove Interstate Commerce Park is strategically located adjacent to the interchange. Development opportunities can also be found in the N. Main St. Corridor, along W. Cottage Grove Rd., and in the historic Olde Town core. The Village is home to three active TIF districts, and incentives are available for high quality projects. 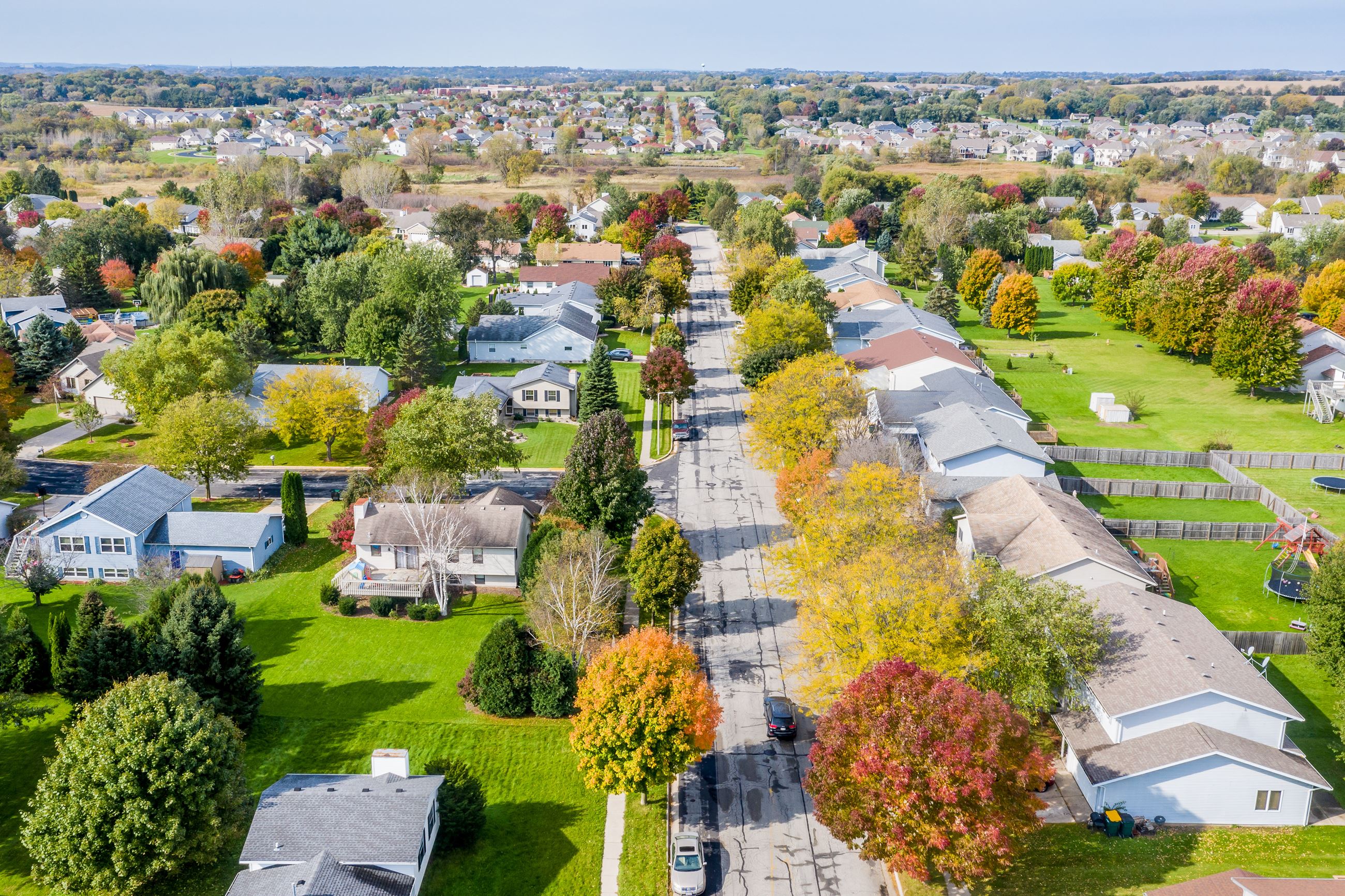 The land that would become South Central Wisconsin was acquired by the federal government by treaty with the Ho-Chunk nation of Native Americans. Soon afterward, the land was surveyed and made available in 40-acre parcels for sale to settlers. The current township boundary was established in 1848. By 1855 most of the land in the Town of Cottage Grove had been purchased. Settlers arrived predominantly from the Eastern United States, Ireland, Norway, and Germany. Early settlers grew crops such as wheat, later shifting mostly to dairying by 1900.

Several Native American trails traversed the township, many of which evolved into roads. Two that were prominent in the early township included an east/west trail between Madison and Milwaukee (which became Cottage Grove Road/County Highway BB), and a trail between Ft. Atkinson and Portage (part of which became Vilas Road). The intersection of those two early roads became the first settlement named Cottage Grove, which grew up around a stagecoach inn and post office. By 1877 this settlement included several homes and businesses, two churches, and a school.

The catalyst for the current Village came in 1880 when the Chicago & Northwestern Railroad began laying tracks through the center of the Town as part of a new rail route from Chicago to Minneapolis/St. Paul. The railroad constructed a depot where the tracks crossed the road currently known as Main Street/County Highway N. The depot rapidly became the hub of a new settlement, and that year the post office shifted the name Cottage Grove from the old Vilas Road post office to a new office near the depot. The previous Cottage Grove settlement was rechristened, Vilas.

After the establishment of the depot, several businesses sprang up along Main Street on both the north and south side of the railroad tracks. The northern area has largely been replaced by housing, but the southern portion remains as the Village’s ‘Olde Town’ area.

In 1848, William R. Taylor moved to Cottage Grove from Ohio and purchased a farm in the area that is now north of Cottage Grove Road on both sides of Main Street. According to the ‘Wisconsin Magazine of History (Vol. 2, No. 3, 1919), Taylor held many local offices, eventually becoming President of the Wisconsin Agricultural Society in 1872. By virtue of achieving that office, Taylor was nominated as the gubernatorial candidate of the Liberal Reform Party, and in 1873 Taylor was elected the twelfth Governor of Wisconsin. Taylor did not win re-election in 1875, and he retired to his farm in Cottage Grove, where he lived and worked until 1905. He died at a nursing home in 1909. The Village named Governor Taylor Park in his honor.

It was not until 1924 that the Village of Cottage Grove was incorporated. At incorporation, the Village included what is now the ‘Olde Town’ commercial area, the residential blocks on Reynolds and Clark Streets, and a strip north along Main Street up to Taylor Street. The Village grew slowly; the northern boundary did not cross Cottage Grove Road until 1961.

The Seldal subdivision (located at the southeast corner of Main Street and Cottage Grove Road) in 1969 was the first large infusion of housing, followed by the Grove Heights and Crawford subdivisions in 1972 and 1977, respectively. In the 1970s Cottage Grove Road west of County Highway N began to take on its current automobile-oriented commercial character with the construction of the Village Center Mall.

The Village has grown much more rapidly since 1990, with the construction of numerous residential subdivisions, the Cottage Grove Business Park (1996), the Piggly Wiggly grocery store and adjacent retail spaces (1999), and the Cottage Grove Commerce Park (2003). A 2010 annexation brought the northern boundary north of I-94.